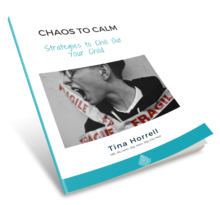 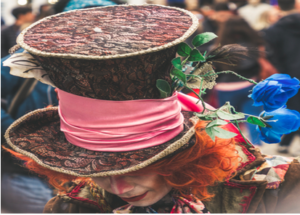 The phrase “mad as a hatter” originally came from the seventeen century where hat makers could suffer from mercurial poisoning due to the use of liquid mercury in the manufacturing of the fashionable felt-brimmed hats. Friends and colleagues of the famous physicist Isaac Newton, noted a period of unexplained changes to his personality and dark moods. Hair samples taken from his hair after his death revealed extremely elevated concentrations of mercury, leading to speculation that his period of “madness” could have been due to toxic chemical exposure while studying it’s properties.

Mercury Toxicity Symptoms Can Include:

Insomnia & fatigue
Inability to think & interact with others
Autism & ADHD (attention deficit hyperactivity disorder)
Panic attacks
Sensory & visual disturbances
Violent behaviour
Decreased immune system
Gum disease
Gut & kidney disorders
Tremors & muscular rigidity
As a neurotoxin, Mercury is especially damaging to developing brains and nervous system. According to the National Academy of Sciences, 25 percent of disorders in children, such as ASD (autism spectrum disorder) and ADHD are believed to be caused by interactions the between environmental factors and genetics.

Director of the Children’s Environmental Health Center, Dr. Philip Landrigan states, “A large number of the chemicals in widest use have not undergone even minimal assessment of potential toxicity and this is of great concern. Knowledge of environmental causes of neurodevelopmental disorders is critically important because they are potentially preventable.”

Although the cause of Autism is multifactorial, it does seem plausible that mercury toxicity could both cause or exasperate autism in some people because mercury toxicity is so similar to the symptoms of autism. Studies with children on the Autism Spectrum have shown to have higher levels of heavy metals in their systems using hair, blood, urine and faeces. A study by Dr James Adams showed that the higher the heavy metal levels were, the more severe the Autism symptoms were.

Additionally, in a study looking at Chinese children with both ADHD and inattentiveness, the blood mercury levels were found to be higher than the control group. The risks of ADHD was found to be nearly 10 times higher when the levels of mercury in the blood was above 29 nmol/L.

Homeopathic dilutions of mercury found to detox mercury in humans as seen in the study abstract and hair tests below. The full study and all the test results can be found at https://medcraveonline.com/IJCAM/IJCAM-05-00154.pdf 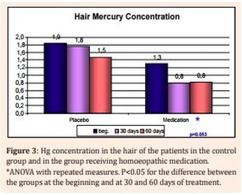 What we know about Mercury

We know that environmental Mercury levels are on the increase. Concentration of Mercury in body tissue is accumulative, so it can get passed down generationally through families. The Centre of Disease Control (CDC) suggests that chronic mercury exposure from dental amalgams may comprise of up to 75% of an individuals exposure.

Studies show that Mercury causes both oxidative stress and inflammation within our brain and body which can lead to a wide range of signs and symptoms from mental and emotional changes, autoimmunity, autism, loss of vision, impaired speech, susceptibility to infections, kidney and gut problems.

If you would like to safely reduce levels of Mercury in you or your child’s body using homeopathic and nutritional medicine, book in an appointment with me and we can get started on a heavy metal detox program.